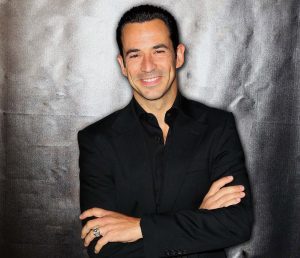 Indianapolis, Indiana – On October 2, Hélio Castroneves will address 1,000 top business and community leaders at the JW Marriott for The Main Event benefiting Big Brothers Big Sisters of Central Indiana (BBBSCI). Castroneves, who became the first driver to win back-to-back Indy 500s in his first two starts at the Brickyard, has long been considered one of the “larger than life” personalities in the Verizon IndyCar Series (VICS). In 2009, he won the “Greatest Spectacle in Racing” for the third time. With eight top-five finishes in 2016, Castroneves achieved a third-place finish in the championship standings. This was his fifth consecutive top-five finish in the standings and the 13th of his IndyCar career. Born in São Paulo, Brazil, he started his career in karting before moving to the Paul Stewart Racing (PSR) team to compete in the British Formula Three Championship – finishing third in the 1995 British Formula Three standings.

The Main Event is a traditionally sports-themed event that has long been one of the city’s premier fundraisers, helping to raise almost over $400,000 for BBBSCI.  “As Co-Chairs, Drew Linn and I are humbled by the dedication and support from the many corporations, individuals, and volunteers that are supporting this year’s Main Event.  We are also very excited to have Hélio Castroneves with us this year to support Big Brothers Big Sisters of Central Indiana’s mission and mentoring program, it will truly be an evening to remember.”  Patty Turner of NextGear Capital, The Main Event Co-Chairperson and BBBSCI Board Member, shares.

Big Brothers Big Sisters of Central Indiana will serve over 1,200 youth this year by proving them with mentors (Bigs).  BBBSCI partners with parents, guardians, volunteers, schools, donors, and others in the community to be accountable for helping youth in our program achieve higher aspirations, greater confidence, educational success, and avoidance of risky behaviors.

Big Brothers Big Sisters of Central Indiana is a non-profit organization that provides children facing adversity with strong and enduring, professionally supported 1-to-1 relationships that change their lives for the better, forever.  An affiliate of Big Brothers Big Sisters of America and a United Way partner, BBBSCI has been creating and supporting mentoring relationships in central Indiana for over 40 years.  To volunteer, donate or for more information, visit www.bebigforkids.org or call (317) 921-2201.