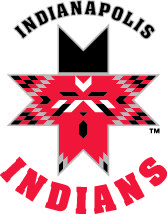 On today’s blog, hear from Randy Lewandowski, President and General Manager of the Indianapolis Indians, on why the Tribe supports BBBSCI and actively engages with the community to promote our mission. BBBSCI is proud to partner with the Indianapolis Indians for the third year in a row to recruit more adult male volunteers for the agency and raise awareness of the mission. The “100 Men in 50 Days” recruitment campaign, which kicked off on April 21, features a variety of special events, grassroots marketing, and media features to spread the word about the need for more male mentors. As the Presenting Partner for the “100 Men in 50 Days” campaign, the Indianapolis Indians will also offer Bigs and Littles who are matched as a result of the campaign a knot hole membership. Click here to learn more about how you can join the Indians and BBBSCI in supporting the kids in our community.

As Big Brothers Big Sisters of Central Indiana passes the half-way mark of its 100 Men in 50 Days campaign, the Indianapolis Indians would like to salute those who have already signed up while urging those who are interested to take the next step and register to be a Big. There’s no greater impact you could have on a young life.

Last month we kicked off the campaign at Victory Field by “signing” four Littles currently in the program as honorary players for the day. The Littles met several of our players, and each one received a specially designed Black Panther Indians jersey. The Tribe wore the same jerseys during the game that night, and we auctioned off the game-worn uniforms to raise more than $5,000 in support of the mission of Big Brothers Big Sisters.

Seeing the smiles on the Littles’ faces was a memorable moment for all of us involved. It’s easy to see the impact that time and goodwill can have on youth who desperately need a role model. This is the third year the Tribe have been presenting sponsors of the 100 Men in 50 Days campaign, and it’s a relationship in which we take great pride.

It’s important for leaders in our community to support organizations who not only have a noble mission, but whose audience has a great need. There’s nothing more important to the future of Indianapolis than its youth, and mentoring is one way to ensure our children can successfully navigate life.

Please join my colleagues and I with the Indians and support Big Brothers Big Sisters of Central Indiana in its quest for 100 Men in 50 Days. They may have already surpassed their goal of 100 men, but there’s still work left to do. Sign up as a mentor or support the organization with a donation.