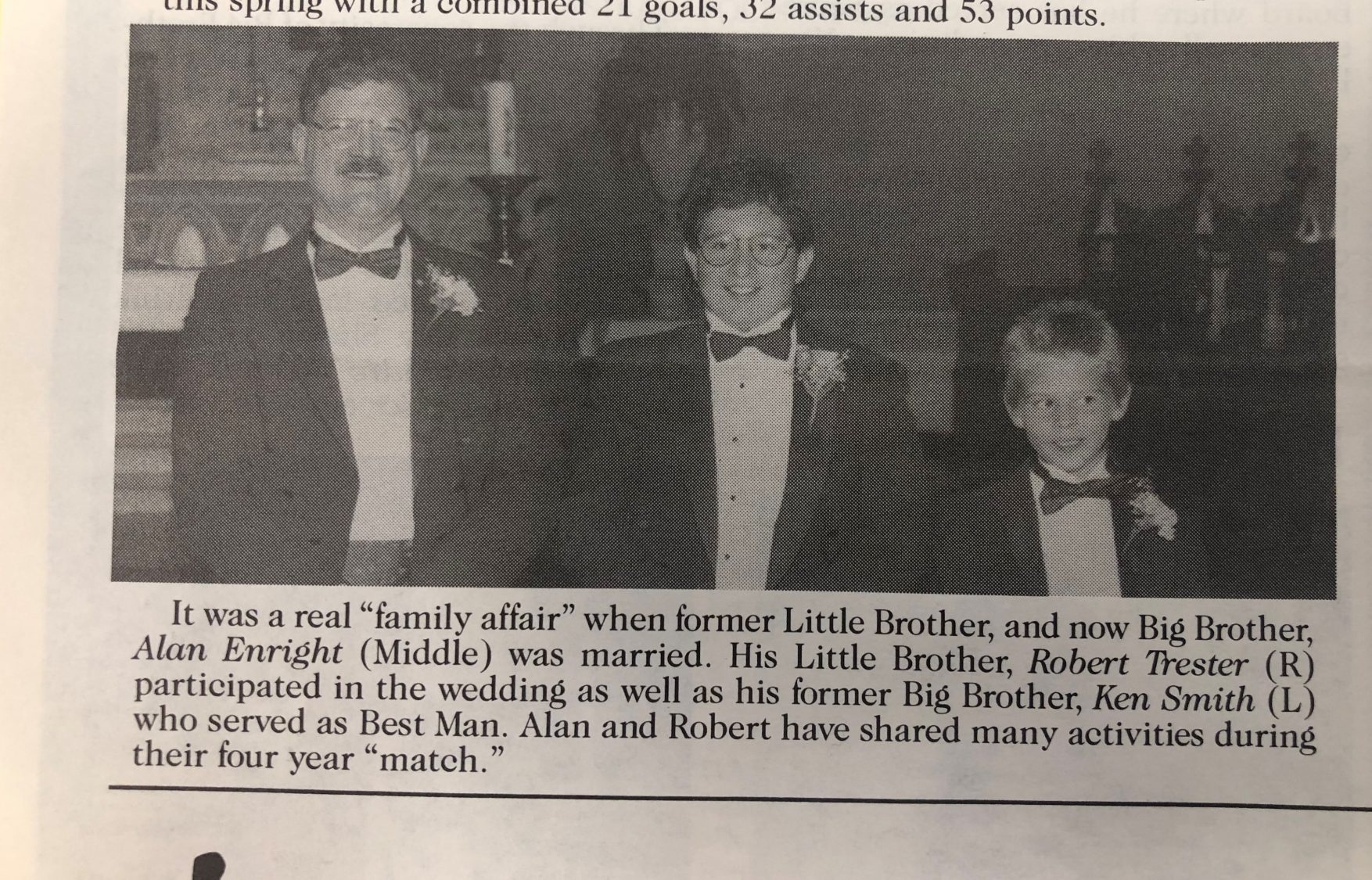 Ken and Alan were matched in 1973. Alan had a difficult upbringing, and Ken came into Alan’s life at the perfect time. After their match ended, Alan signed up to be a Big Brother, not once, but twice. Ken and Alan still live in Central Indiana and see each other a few times a year!

“He’s always been a part of the family. When I got married, he seemed to be surprised that I asked him to sit with the family. He sat right next to mom and dad. We clicked that much.” – Ken Smith, Big Brother

“The guy I am today, a lot of it is because of him. I contribute the success of my marriage to Ken, and I also contribute the way I treat my children because I saw the way he treated his kids. He was a big reason why I became a Big Brother twice. One could say it was a payback kind of thing, but I saw the way he impacted my life, and I wanted the opportunity to impact other boys’ lives.” – Alan Enright, Little Brother (and two-time Big Brother!)

Giving Tuesday is December 3 and you can help BBBSCI create more matches like Ken and Alan’s by making a gift at GiveBig.BeBigForKids.org. Stand with BBBSCI to ignite potential in more than 1,400 kids this year.