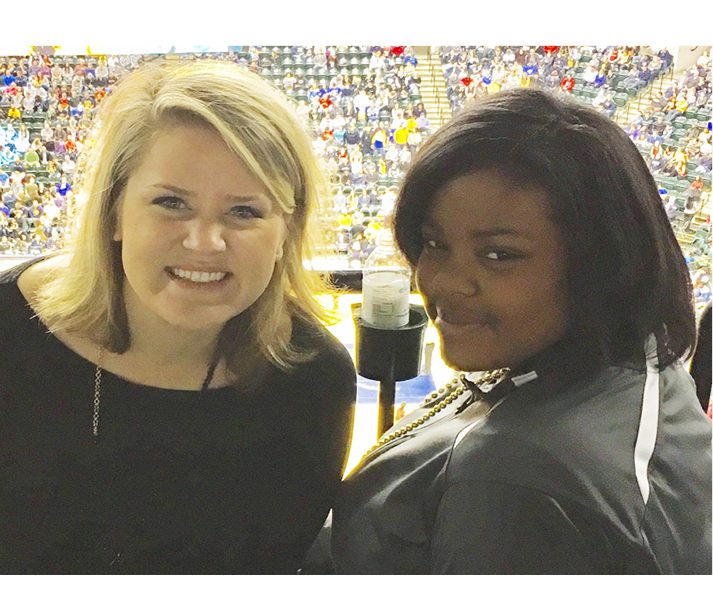 Little Sister De’Andrea and Big Sister Stephanie Kohls have been matched together for 7 years. De’Andrea, a 21st Century Scholar through the Indiana Commission for Higher Education, is planning to take a gap year and work in Indianapolis. During this gap year she plans to look into and apply for college programs for the fall of 2021. Good luck, De’Andrea!

Big Sister Stephanie and Little Sister De’Andrea have a strong relationship, despite the fact that Stephanie lived in Washington D.C. for the majority of their match relationship. Undeterred by the distance, Stephanie would come back to visit De’Andrea in Indianapolis every three months and they would make the most of their time together during these visits. The two of them loved to go shopping at the mall, going out to the movies, and going out to dinner when Stephanie was in town. They spent a lot of time talking on the phone and video chatting when Stephanie was in Washington D.C. Little Sister De’Andrea shared that she has learned a lot from Stephanie and appreciates all the talks they would have and all of the advice that her Big Sister Stephanie would give her.

Click below to listen to a note from BS Stephanie to LS De’Andrea!