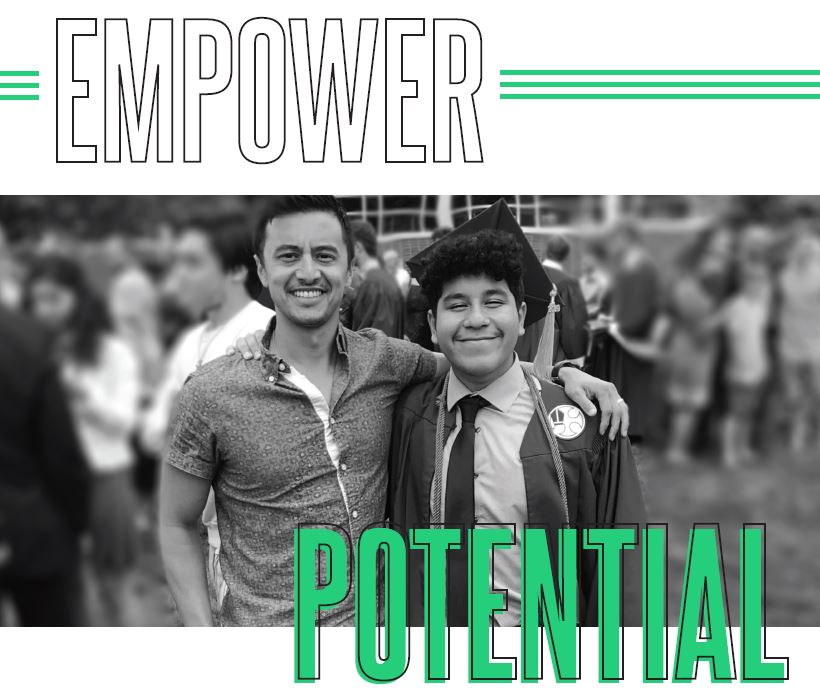 Anthony was a shy and quiet 11-year-old when his mother, Lorena, signed him up for Big Brothers Big Sisters. She was excited for Anthony to have a consistent male role model in his life and hoped that a mentor would unlock Anthony’s potential. Michael was seeking out a volunteer opportunity that would allow him to make an impact on someone’s life, and was eager to give BBBS a try. In the summer of 2012, Michael and Anthony were officially matched as a Big and Little. The two quickly developed a strong friendship. They visited local museums, played tennis, rode bikes, and went on many college visits together.

Michael’s presence in Anthony’s life helped him grow in his self-confidence, explore his interests, and develop a plan for life after high school. Lorena shared, “Before he met Michael, Anthony would focus on what he didn’t like to do. But Mike helped him dedicate all his energy and passion into everything he does like to do.” The pair graduated from BBBSCI in 2019 and Anthony is now a freshman at Ball State University and majoring in animation.