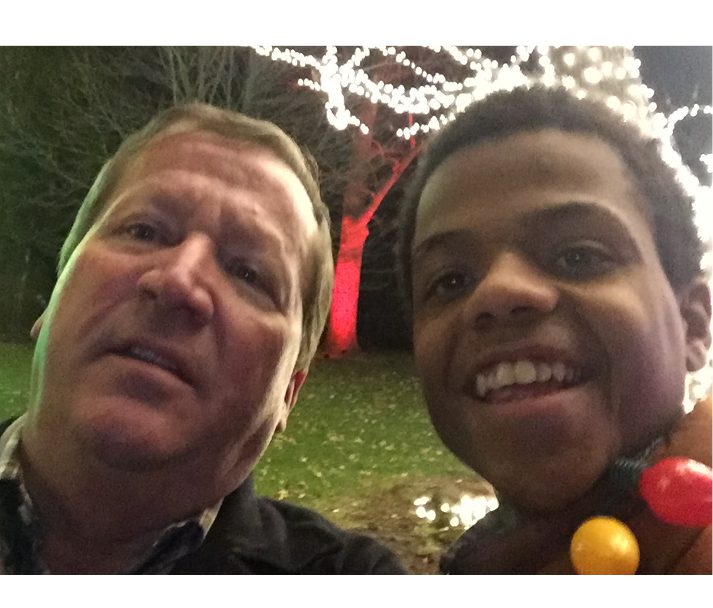 Little Brother Jason and Big Brother Jeff Rinck have been matched together for 6 years. Jason, a 21st Century Scholar through the Indiana Commission for Higher Education, graduated high school early in December and has been working since. His current plan is to stay local in Indianapolis and to continue working at his job. Well done, Jason!

When asked to share about his relationship with Little Brother Jason, Big Brother Jeff shared that he feels he and Jason were able to accomplish a lot during their match relationship and that he wants to continue to grow their relationship after their graduating from BBBSCI. Big Brother Jeff made it a point to see Jason every Tuesday and he would help Jason with his homework and then they would usually go out to eat or go see a movie. Little Brother Jason shared how much he appreciated how consistent Jeff was and how much he was able to trust that Jeff would always be there for him. Consistency and trust was key in their match relationship and Jeff and Justin are looking forward to making more memories together in the future.