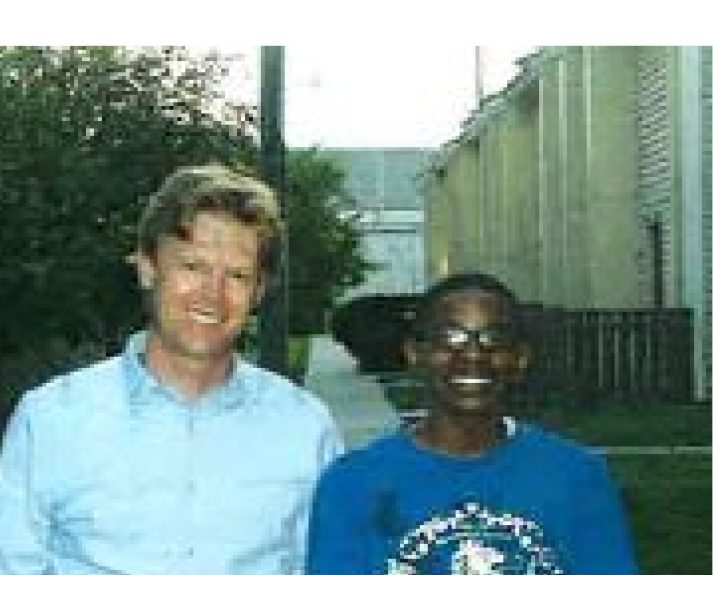 Little Brother Makai and his Big Brother Kaus Christopher have been matched together for 6 years. Makai, a 21st Century Scholar through the Indiana Commission for Higher Education, is graduating high school and is looking forward to attending college in the fall to pursue his love of the arts and symphony orchestra. Big Brother Kaus has been a big help and advocate for Makai throughout the process of applying to college and figuring out what he wants to do.

Makai was also a recipient of a $1,000 Be Big Scholarship to be used for room/board, textbooks, tuition, and other expenses that may occur during his first year of study. This scholarship was made possible with funding from the Maurice Frank Scholarship Fund. Congratulations, Makai!

Big Brother Kaus had this to share when asked about what impresses him most about Little Brother Makai and his accomplishments, “Makai has a wonderful variety of interests. It’s his interest in music, the arts, poetry, and film that allows him to stand out from other young people.   While many kids and their families have a focus on sports, Makai and his family have fostered his love of playing the cello, writing poetry, drawing and being open to new experiences.  Makai’s accomplishments include having a solo art exhibition on display last winter at The Indianapolis Art Center.   You will always find Makai with his backpack full of sketchbooks, markers and colored pencils.  Makai takes private cello lessons and is a member of the North Central High School Symphony Orchestra.  He has personally made the State Finals of ISSMA (Indiana State School Music Association) on multiple occasions. His poetry team, led by his mother, has represented Indiana at the national championships each of the last two years.   Makai has written, directed and acted in multiple theater plays (shows running at North Central High School). Makai’s continuing desire to develop himself is what impresses me most.  The accomplishments have come, and will continue to come, because of his love for trying new things and putting in the time to be successful.   Makai is a beautiful representative of his generation and someone who will continue to impact the world in many ways.

Little Brother Makai had this to share about the impact that Big Brother Kaus has had on his life, “I was nervous, when we were matched, as to how this stranger would accept me,  my peculiar quirks, and ever changing mind. Through the years, Kaus established himself as an outstanding role model, generous person and an advocate for my aspirations. I want to enact change on the level of impact–and even greater–that Kaus has done for me, for others. I want to be the person who finally gives back to him by exceeding everything he has helped me pursue.”