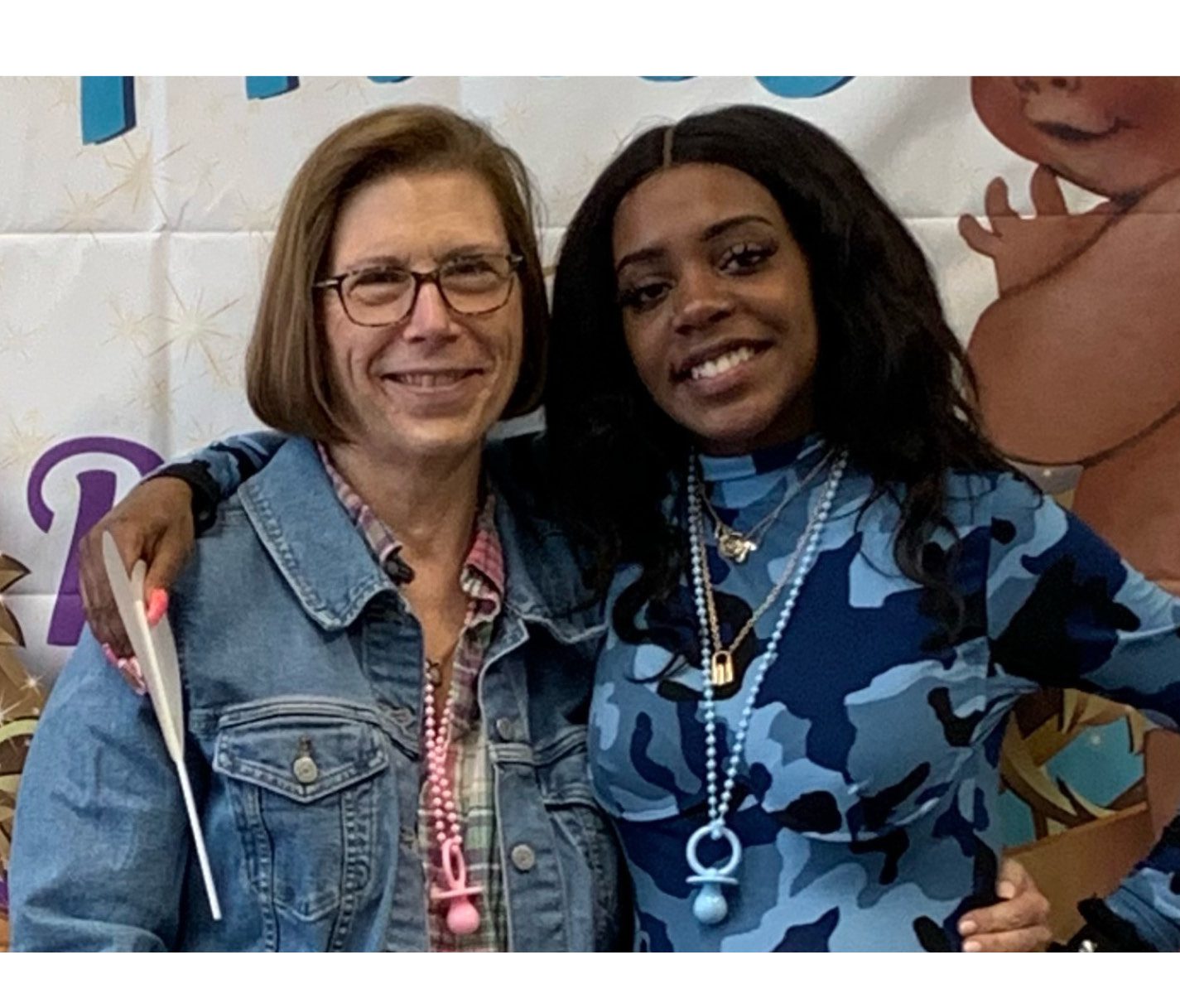 Little Sister Daneja and Big Sister Theresa Sauer have been matched together for 8.5 years. Daneja is looking forward to graduating high school in the Spring and plans to attend Ivy Tech part-time and work part-time in the Fall. Daneja and Theresa are going to miss being a part of our program!

Since Daneja and Theresa first met, Theresa has made a point to have a positive influence on her Little Sister’s view of school and the importance of getting your work done. Theresa shared that she believes Daneja has taken in a lot of what she has tried to teach her and has developed new attitudes in certain areas of her life due to the efforts of her Big Sister.

One activity that Daneja and Theresa have really enjoyed together over the years in participating in the SMART art program through the Indianapolis Art Center. This program gave them an avenue to discuss their efforts, failures, and successes while also learning to enjoy the process and not stressing about the final product. In addition to this program, the two also really enjoyed attending Fever basketball games. They are both big basketball fans and enjoyed watching the ladies tenacious style of play.

Not only has Theresa been able to influence and teach Daneja over the years, but Daneja has given Theresa 8.5 years of joy. Theresa shared that she genuinely enjoys Danjea’s company whether they are doing something as simple as going on a walk and chatting or doing an activity.

As Daneja moves into this new chapter of her life, Theresa wants to leave her with this message, “Thank you for being you and allowing me to be a part of your life. I look forward to seeing how you further grow and mature into the woman you will become.”